Whilst doing a bit of local history research today, I came across this newspaper clipping from the Ely Standard, dated 13th April 1972, and describing a mysterious face and message painted on the wall of the Black Bull pub in Littleport and which had come to light during demolition.

The news story goes on to describe how a local collector had salvaged the face and had temporarily added it to his collection of Bygones.

The inscription beneath the face reads “No Trust To Day Pay The Fiddler and Play Up My Lad” and is believed to refer to customer credit in the early 1800s, when the demolished room was thought to be a clubhouse.

Little more is known, and a cursory web search hasn’t revealed any further information. Does anyone know what happened to this salvaged face after it was rescued by Mr Elliot Kerridge? 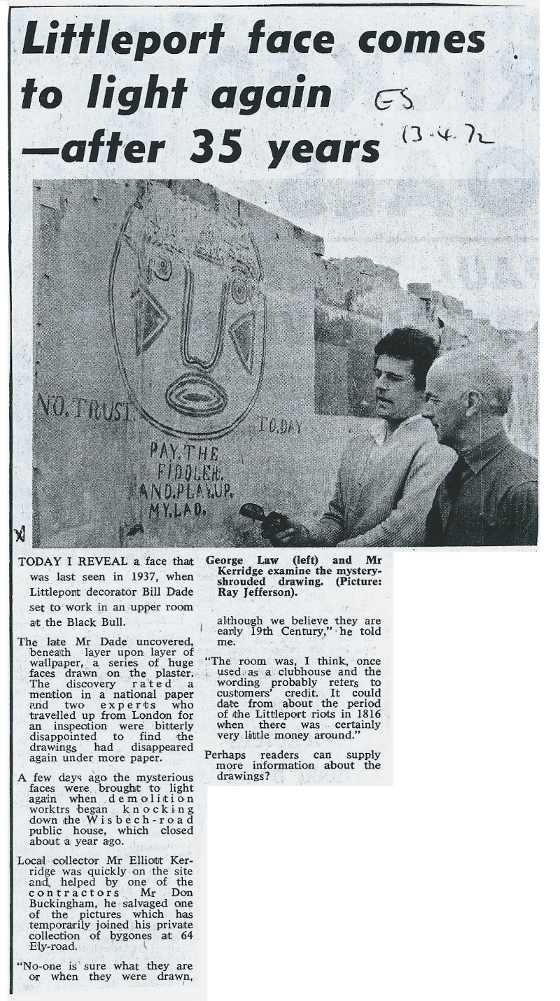