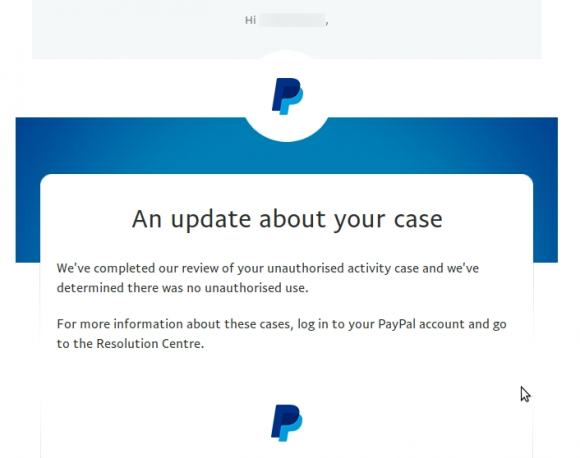 Although expected, this would seem inconsistent behaviour by Paypal. The grounds would appear to be that a legitimate agreement between myself and Facebook was used to take the payment. However my agreement with Facebook is for a maximum daily amount that has been exceeded by 20x (not 16x as previously thought) and the account was clearly being used fradulently.

Paypal has a reputation for unconditionally siding with the buyer. If you have ever sold an item on eBay or elsewhere online, you might recognise this – a complaint by the purchaser of the goods or services will nearly always result in the funds being frozen and the appeal uphold (even providing delivery information hasn’t been enough to prevent a chargeback in the past).

Some time ago, I provided services that had been paid for fradulently online with a hacked credit card. Once the complaint had been submitted, the funds were withdrawn from my account directly and my appeal was denied.

How this appeal could have been rejected on the grounds of fradulent activity (and within a couple of hours of submitting the appeal) would seem grossly inconsistent with the way Paypal usually treat businesses.