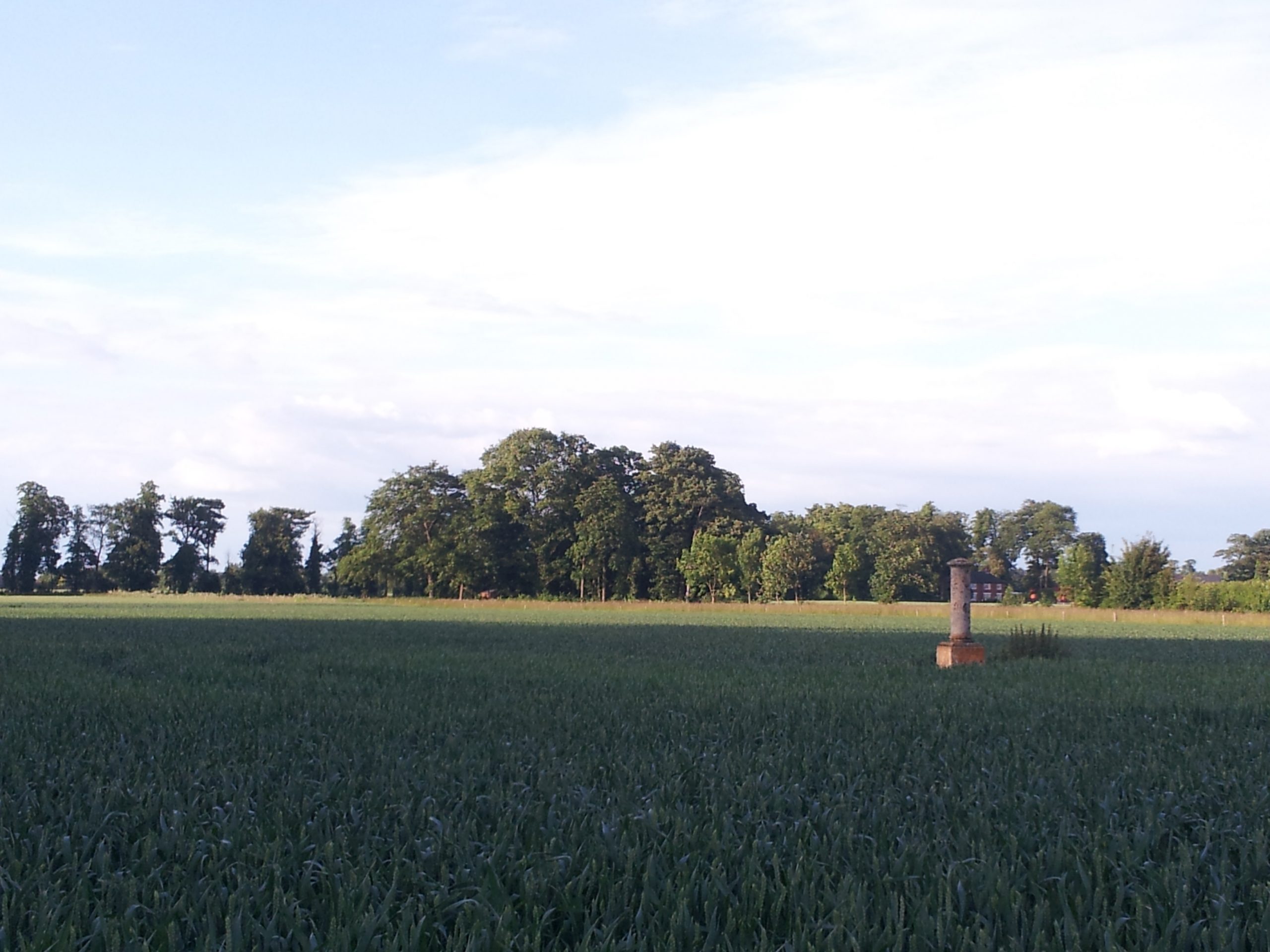 On 2nd February 1799, Elizabeth Woodcock was riding home to Histon from Cambridge market when in a raging blizzard (and apparently a little worse for drink) she came off her horse and was soon buried alive under the heavy snow. Trapped for eight days, she was finally rescued when a passer by saw her handkerchief raised as a flag through the snow. News of her miraculous survival spread around the country, and as well as ballads, engravings and accounts of her story being published, a monument was raised by public subscription and placed in the spot where she was entombed.

Unfortunately, progress being what it is, the monument was in the way of the new Cambridge to St Ives railway line, so it was uprooted and moved to where it now stands, forgotten in a private farmers field just off the long closed railway line.