Made in January 1972, it is a late 50000 series Wheatstone. More information about these can be found here.

I acquired it in 2005 and it was tuned to concert pitch and revalved by Steve Dickinson in 2006.

High resolution imagers can be seen by clicking on thumbnail below. Each may take a short while to load. 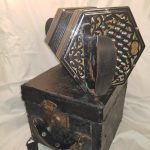 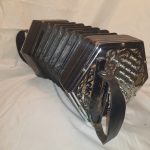 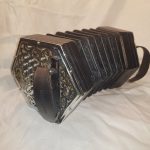 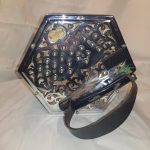 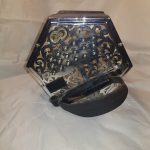 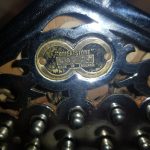 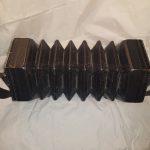 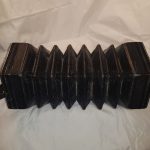 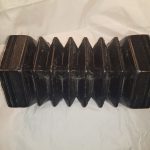 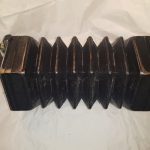 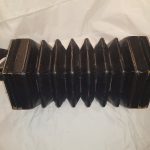 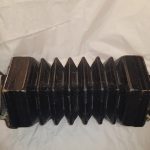 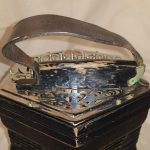 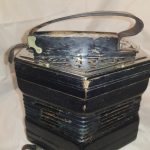 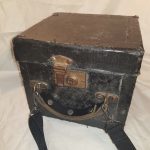 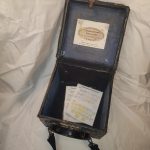 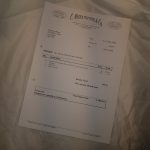 It has the original bellows and hard case. Bellows have been patched particularly on the bottom corners, but are quite efficient. There is evidence of a small leak that could be patched to tighten up slightly. It’s been well travelled and that shows on the case and the wear to the underside but otherwise the box is ready to play.

The right hand strap clasp has lost it’s pin and been repaired with a paperclip. It’s been like this for several years but could be easily repaired.

Reeds are steel in aluminium shoes which make the box incredibly light and bouncy (it’s about 300g lighter than a 39 key Jeffries). All reeds sound freely. Action is smooth and responsive and it’s an enjoyable box to play