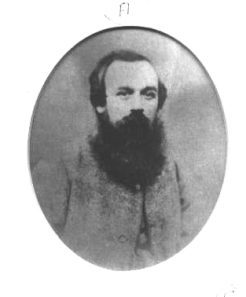 HONITON. In the Central Criminal Court, on Wednesday, George Downe Mayne was indicted for unlawfully attempting to obtain from the Monarch Assurance Company the sum of £100, with intent to cheat and defraud. The prisoner, who had been arranged on Tuesday and pleaded Guilty, was brought up for judgement. The Common Sergeant, in passing sentence, told the prisoner that the offence he had pleaded guilty to was one of very serious character, it being a most gross abuse of the confidence reposed in him. Happily his plans had been frustrated, but not by any act on his part, for he had done all in his power to succeed the commission of the offence, and, therefore, his conduct was as bad as he had obtained the money. The character the prisoner bore was but an aggravation, for it was in consequence of that character that the trust he had enjoyed had been placed in him, and it would be most likely that no suspicion would be entertained that he intended any wrong. The prisoner was then sentenced to a year’s imprisonment.

In re Susanna Bedlake Prowse, late of Fore-street Hill, Exeter, spinster, a draper’s apprentice ; previously of Torquay, spinster; and formerly of No. 14, Buckland Street, Plymouth, lodging-house-keeper, (with her mother, Susanna Prowse).— The insolvent applied for her discharge from the Devon County Prison, where she had been detained since the 1st of January, at the suit of George Down Mayne, for £60 1s. and costs and interest. In her balance-sheet insolvent said she was entitled, after the death of her mother, under the will of her (insolvent’s) grandfather, Edward Bedlake, to one-eighth part of certain property, valued at £400 ; she never carried on or followed any business or profession, but had lived with her mother, assisting in her business of a lodging-house-keeper, for which she received her maintenance and other necessaries ; between 1852 and 1857 she incurred liabilities for debts owing by her mother, and executed charges to the extent of £1,222 8s. 11d. on her (insolvent’s) reversionary interest in her grandfather’s property; in 1858 insolvent’s friends paid £1210s. as premium for her to learn the business a draper and milliner, and to receive her board and lodgings for three years; she had been supplied her friends with the means of purchasing articles of dress, Insolvent set down as the aggregate amount of her debts £1,222 8s. 11d., but added that she had received no consideration for any of these; assets (doubtful debts) £1,228 8s. 11d. ‘She accounted for her insolvency as follows : My having become security for my mother for debts owing by her, and having assigned the whole of my reversionary property to the creditors without receiving any security or consideration for the same.” —Mr. Toby supported the insolvent, a young person of genteel appearance, who was opposed by Mr. Laidman, for the detaining creditor, who it appeared was the secretary to a loan society. The grounds of opposition were that insolvent had contracted the detaining creditor’s debt without having probable means of paying it, and that she had concealed her property ; but it appeared that she had never contracted any debt nor had any property. She obtained the loan through Mr. Mayne for her mother, and gave bill of sale of her mother’s property to Mr. Hatch, who knew how matters stood with her, to prevent her father, who had been living apart from her mother, from sweeping off the furniture belonging to the latter.—His Honour declared insolvent entitled to the benefit of the act, and ordered her to be discharged from custody forthwith. —She left the court with her friends.

April 3. at his residence, No. 8, Wellington Terrace Bedminster, Bristol after a long and painful illness, which he bore patiently and with Christian resignation, George Down Mayne eldest son of Mr. Mayne, of Ottery St. Mary and High Street, Exeter, in the 39th year of his age. He was an affectionate husband and a kind father, and has left a widow and eight children to mourn their irreparable loss. For many years past he acted as private and confidential clerk to Messrs. Wansey, solicitors, Bristol, whom he was much valued and esteemed.